Home Technology What Are The 6 Top Virtual Reality Apps? 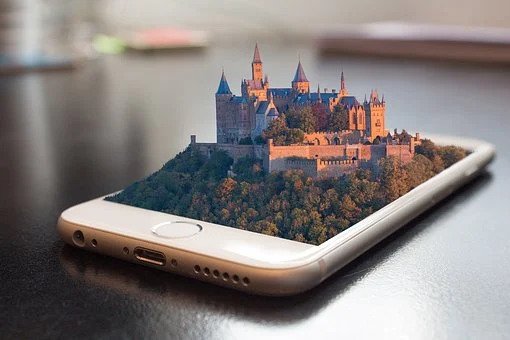 Until this era, Virtual Reality was considered fantasy for technologists and storytellers. This article will help you to know the top Virtual Reality apps like YouTube VR, Goggle Carboards, and many others, and explore the basic knowledge about Virtual Reality.

What is Virtual Reality?

Virtual Reality is computer-generated graphics that present a 3D image for a person to interact with an artificial environment. It gives a 360-degree display that creates a virtual world using different electronic equipment like a helmet, goggles, and gloves fitted special sensors.

Also, there are top virtual reality apps we are using in our daily life. Virtual Reality has many uses, such as in entertainment, gaming, education, and training tools. It allows a person to visualize their five senses in virtual experiences, which are very close to the real world.

How Does Virtual Reality work?

Virtual Reality works with the cooperation of both hardware and software. Hardware uses for viewing purposes while the software part creates the surroundings.

In some cases, the phone also acts as hardware for providing a clear vision.  But the phone must have 60fps framerates or more than it so that the images must not be grainy.

What Are The 4 Elements Of Virtual Reality?

Four elements of virtual reality are

The fundamental subject of Virtual Reality is to imitate the appearance of the vision. Each headset helps to approach creating an immersive 3D simulation.

The headset uses a screen in front of the eyes that removes the effects of the environment. Two self-adjusted lenses are present between the screen and the eyes to change the position and movement of the eye for clear vision.

The pictures or videos showed on the screen are computing by cell phones or with the help of HDMI cables connected with a PC.

The sound effect creates a very captivating effect with headsets for the virtual world reassurance. It gives consistency between the sound and graphics.

Image clarity is given by the quality of the camera but also by the refresh rate, resolution display, and field of view.

Accelerators, light systems, and gyroscopes are the sensors used for head motion and tracking.

Being in this pandemic situation, top virtual reality apps gain much pace in the world of technology. It works mainly in the gaming industry. But with time, its use is gaining progress in other areas such as:

What Are The Top Virtual Reality Apps?

If you are looking for the top Virtual Reality Apps, this will give you an overview:

YouTube VR is the world’s most famous video app for original VR content and experiences. Discovery, NCB, and many others are YouTube’s channels with virtual reality content.

The New York Times VR used to watch updated news in a 3D manner. It has the option of downloading the videos so a person can watch them later on a preferred virtual reality headset. Youtube is one of the top virtual reality apps on the internet right now.

Who says learning can’t be fun? InCell VR is a combination of both fun with high pace racing and action with biological science. It is a game app that gives micro world knowledge of cell anatomy about the existence of life in a cell. Game players are like flying through the capillaries inside the cell as in space. With the help of this learning, humans can fight with different viruses and protect the body.

Google cardboard gives an easy and affordable immersive experience to VR simulation. Such certified viewers are very close to experiencing the virtual reality display on smartphones.

Google Cardboard headsets are one of the beginning downloads apps that gives knowledge on the wide google world. It also enlisted other available cardboards compatible apps.

It gives you a tour of many cities around the world to see the museum collections in 3D. Google Cardboard is one of the top virtual reality apps right now.

Within VR is a production company that provides a platform for high-quality 360-degree videos.

These videos can be about fitness, horror, mindfulness, music, etc. It can work with all VR headsets and devices to give desired outputs.

11:57 was the first app that gives the character a three-dimensional nightmare. It puts you in the center of the action, where you experience it as a part of the story rather than just observing it- everything revolves around you.

11;75 is also one of the top virtual reality apps on the internet. It is a horror story-telling app that immerses the spectators in a different world. The dark horror surrounding supports with the help of binaural sound.

In this article, I discuss Virtual Reality working techniques and the top Virtual Reality apps. Such as YouTube VR, Jaunt VR, Within VR, and many others that work on smartphones or androids.

Top 5 Technological Careers Of The Future